In a technical paper, a sensor system (HumiTrace III) for the determination of trace moisture is introduced in the process measurement. The determination is carried out with newly developed planar sensors (HumiTrace sensors) according to the coulometric measurement principle in the frost point temperature range from -80°C to -30°C. The calibration device THG11 metrology is calibrated by mixing dry and humidified part gas streams. The  gases can be determined in this area with the HumiTrace sensors with an expanded uncertainty of 2 K. However, the sensors can also be used for measurement in hydrogen, nitrogen and dinitrogen monoxide. Another calibration, GHG P12, generates test gas after permeation; they can be implemented in the HumiTrace III sensor system and used for on-site calibration of sensors HumiTrace by standard method. 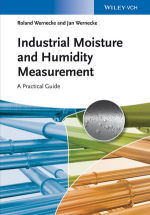